A Portrait of Pride: Ruslan Belkin, CTO at Nauto 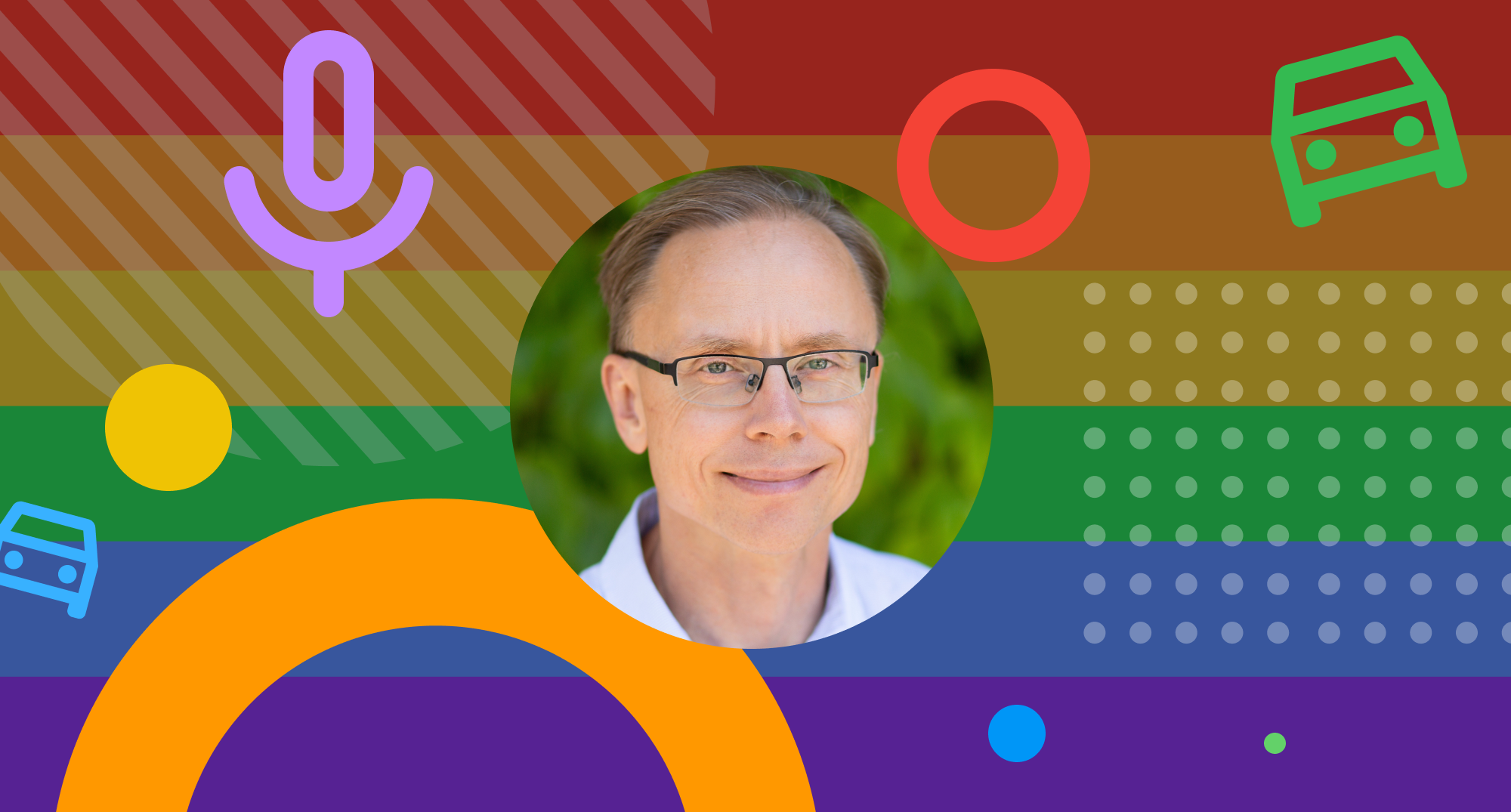 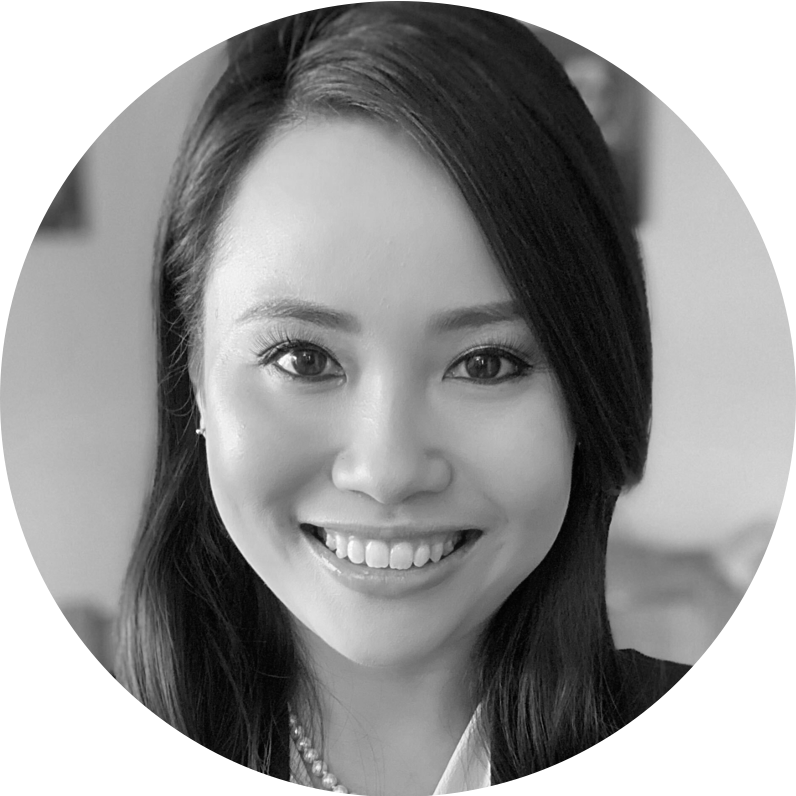 For Pride Month at Nauto, we wanted to give a voice to Nauts who are a part of the LGBTQ+ community to share with us their experience and thoughts. I sat down with our CTO Ruslan Belkin to hear his story and learn about Silicon Valley and the LGBTQ+ community from his perspective. It was probably one of the most enjoyable conversations I’ve had with a leader in my career.  I am excited to share our conversation below.

The following interview has been edited for clarity:

Tell us a little bit about yourself.

I was born in the Ukraine during the time that it was part of the Soviet Union. I came from what would be considered a middle class family with a father who designed radar equipment and my interest in microelectronics came from him. When I told him I was interested in microelectronics he sat me down one evening and suggested I look into computer science instead. He told me that with software it would be much easier to fix mistakes than with hardware. I took it to heart.

In high school I got into coding and if you believe Malcolm Gladwell it takes 10,000 hours to achieve mastery...I spent at least 20,000 hours. I’m the kind of person that throws myself into things and gets really deep into it if I am passionate about it. It was easy in the Ukraine because math is a very large part of education in that part of the world. Even today I may not have a formal Machine Learning background from school but the fact that math has always been a major part of my life has helped me master it.

One other aspect of my life since this is a conversation about Pride: I started to be certain around the age of 14 or 15 that I was a gay man. It wasn’t until I was late in my 20’s that I would tell my parents.

Can you tell us a little bit more about that experience?

Telling my parents was really difficult and my own feelings about it was the barrier. I train in Krav Maga so I am naturally afraid of everything but this particular moment was stressful. For most of our lives together it was “don’t ask, don’t tell”.

The reason why I chose to wait so long was because I didn’t have an impetus and it was easy to put off. I finally told them when I had a partner, which to be honest, was my main motivator. I can tell you that from my experience, and those of my friends, that coming out to your parents is usually 90% better than what you would expect it to be. At first my parents were very worried, and the first question they asked me was, “Do you have HIV?” Back then, we didn’t quite understand HIV and AIDs like we do now. My parents’ worry soon transformed into curiosity and I became somewhat of a novelty to them.  They would ask me so many questions and I had to teach them. With time, the relationship transitioned to a new normal that wasn’t quite like the old one but better in my opinion because we were honest with each other. Occasionally, though they will still ask me about having children!

My recommendation to those who are coming out is that sometimes, having a partner before you do it can be helpful. It’s someone to support you, and for me, it was a motivating factor.  ‍

Tell us about your journey to Silicon Valley and what’s happened since you arrived?

I took a big risk: I left my country and moved to the United States. It started with a company in Minnesota that was looking to expand the team. I joined that company and moved to Minneapolis on an H1 visa. I, of course, knew about this place called Silicon Valley and how it was a Mecca for people like me (at least that was how the recruiter at the time put it). I followed my ambitions and moved to California to join Netscape a couple of years into my time in the United States. I’ve always liked California between the weather and entrepreneurial mindsets--the idea of being in Silicon Valley was exciting. Netscape was a rising star in the valley back then and the place attracted a lot of interesting people. Since then, I’ve joined many companies and met many great people.

As an LGBTQ+ member how have you navigated your career with your identity in Silicon Valley?

When it comes to working on a team, I take an, “if you ask me, I’ll tell you,” approach. I am open about my life, and I am willing to share my social media or my Facebook if anyone wants to connect. At the same time, I try to avoid using my orientation as a marketing label. Silicon Valley is and was, I believe, a progressive place. For the most part, people are very accepting. I remember only once did I have a negative reaction from someone I worked with. He didn’t know that I was gay and he made a lot of deeply offensive jokes about it. I ended up having to have a direct conversation with him, and it was a moment of reflection for him. I’ve found that being open and honest is the best navigator. I don’t want to have to hide who I am. He and I are quite good friends now.

Have you encountered obstacles in your career because of your sexual orientation?

I want to say that I am lucky in that regard. For instance with regard to job interviews, I don’t think I’ve ever felt discriminated against. To be fair, my personality is as colorful as a rainbow (pun partially intended), so it could be that it outshines everything else. I found I’m an acquired taste--you either love or hate me, but my being gay has little to do with either. By the time we are through with the job interview, you would’ve probably made your decision about me long before you thought about my sexual orientation. I’ve found that the ability to demonstrate strong skill sets and knowledge will remove many barriers.

What would you tell someone from the LGBTQ+ community who may want to walk the same career path you did?

The thing to remember is that being LGBTQ+ is one part of your identity but not all of it. There is a sense of happiness that comes over with accepting who you are. When it comes to your career, I find that most companies are more obsessed with your skill sets. If you are a gifted software engineer or skilled at what you do, it would be hard to ignore you and it’s important with companies to lead with your value and what you can bring to the table. You may still encounter prejudice in your life regardless of the skillsets you have, don’t get me wrong, but if you are not chosen because you identify as LGBTQ+, then you don’t want to be there anyway.

I also encourage everyone to be more open-minded. For those people who don’t understand my lifestyle, I actually try to be more compassionate to them and if they are interested, share what it entails.

To me, if someone isn’t knowledgeable it isn’t something to be angry at. It’s very much like having a political debate...to get anywhere you must try to understand the other side. I find that sitting down and having an honest chat, allowing others to get to know you, and trying to get to know them is always helpful.  I know not everyone is comfortable with having difficult conversations, and for those moments having an ally is important.

There have been times that I have leaned on someone else to help me deliver a difficult message. It’s important in your career to find that champion regardless of how you identify.

What do you think of the workplace today for someone in the LGBTQ+ community?

I’d like to think that it’s become an accepted norm at least in California. I know there was a recent Supreme Court ruling on whether worker protections should be extended to include persons in the LGBTQ+ community and am very happy that it does. It was very important to clarify that the letter of the law DOES include LGBTQ+ rights and I’m glad this is squared away.

What does pride month mean to you?

For me, Pride Month is an important reminder of the struggles the people in this community have had and how quickly things can change. If you asked me in the 90’s if same sex marriage would ever happen in California, my response would’ve been, “You’re out of your mind.” I remember in 2004, my partner and I became the 2nd international couple in Belgium to get married when it was legalized. If you asked me even then if it would be legal in the United States, my answer still would’ve been, “No.” But, look at us now. The things I never thought could be possible are and in such little time.

My partner and I used to fight the good fight pretty passionately. We attended rallies, protests, and joined all the debates. We made a lot of progress since we began and our marriage being recognized in the State of California is the culmination of that. I think the world is a more equal place because of the work we and our fellow LGBTQ+ folks have done but there is always more to do. My partner and I are retired from a lot of the activism, but my successors have not been disappointing. Pride brings into light this new generation of activists and am excited to see what happens next.